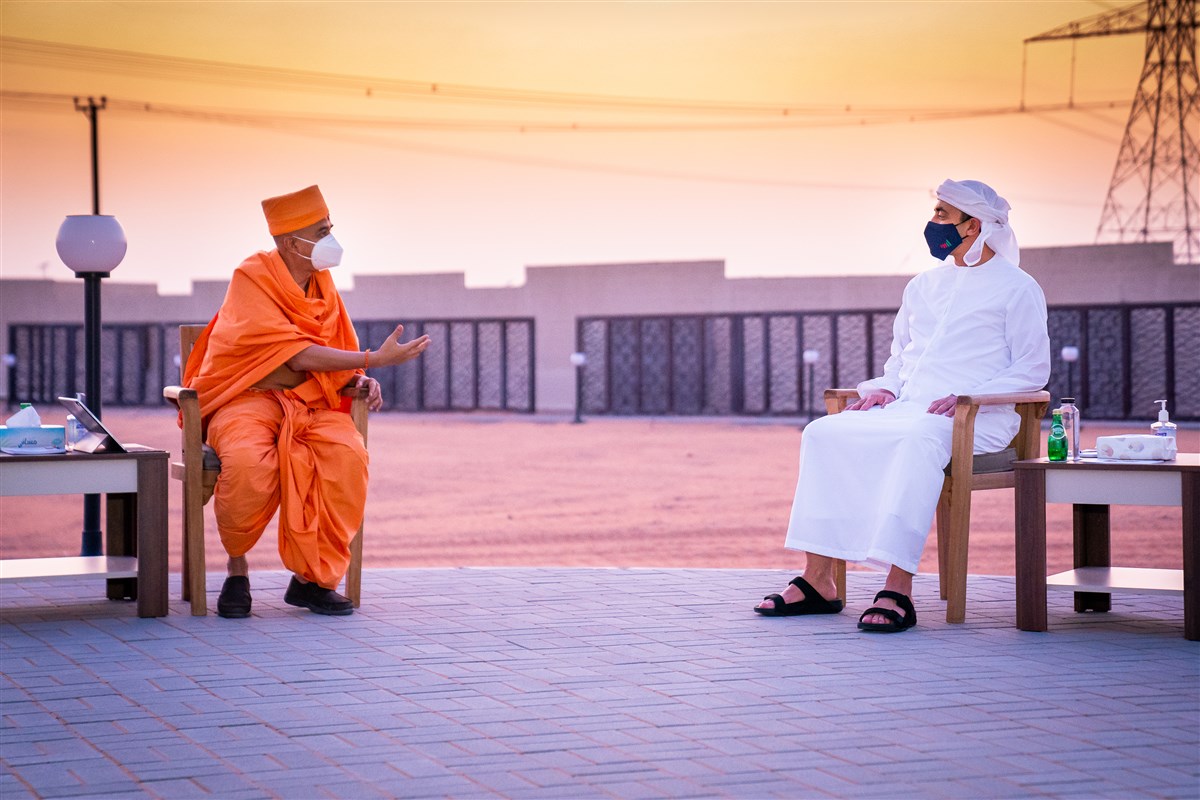 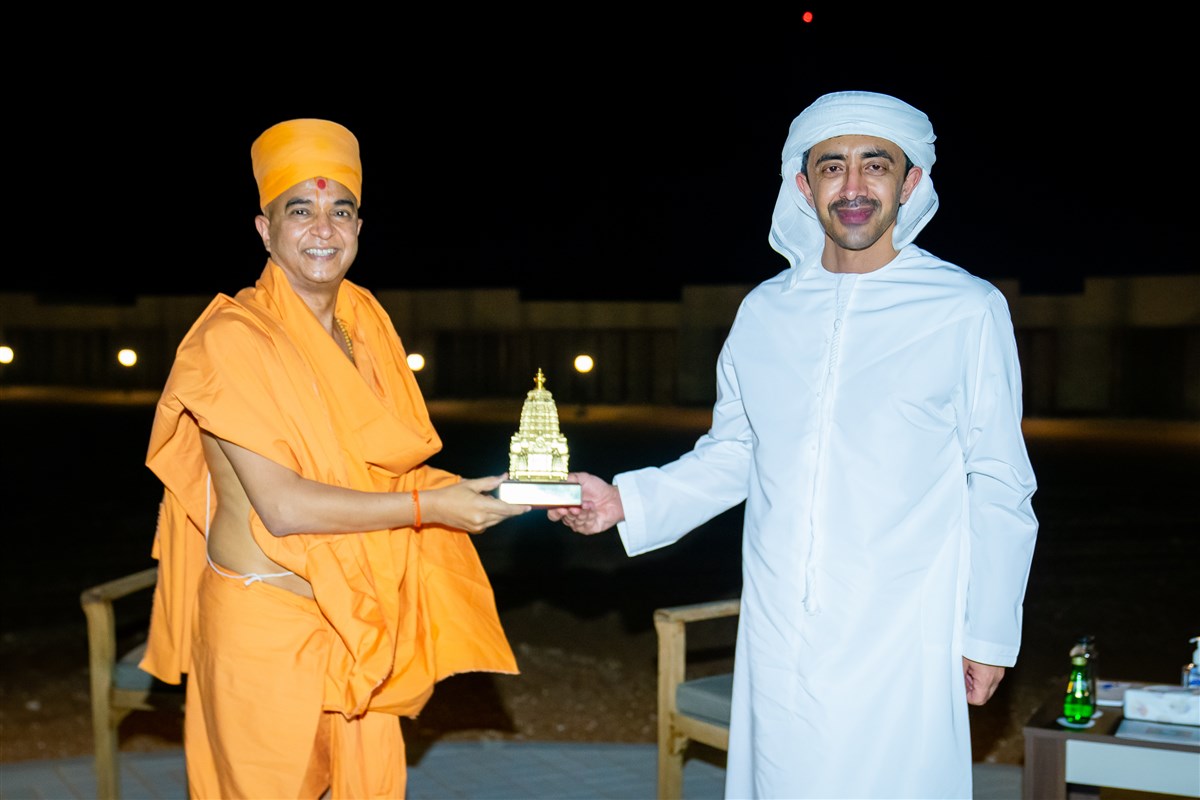 In the deserts of Al Ain, a special meeting was organized by His Royal Highness Sheikh Abdullah bin Zayed Al Nahyan, the Minister of Foreign Affairs and International Cooperation of the United Arab Emirates. His Royal Highness had just returned from a historic tour of the United States and Europe centered on, among other things, the historic Abraham Accords which celebrated the normalization of relations between the UAE and Israel. Continuing that thread of global harmony, His Royal Highness met Brahmavihari Swami of BAPS Swaminarayan Sanstha and HE Pavan Kapoor, the Ambassador of India to the UAE, for a memorable discussion on global harmony, universal values and the historic BAPS Hindu Mandir upcoming in the UAE.

After an enlightening discussion on the values of forgiveness, acceptance and unity in diversity, His Royal Highness reviewed an update on the mandir development. Brahmavihari Swami highlighted how the project team and the entire Hindu community were dedicated to making this long-term contribution to the UAE. It is a unique chance to not just preserve ancient art and architecture, but to create new art and a new legacy that will last for many thousands of years. In these challenging times of the Covid-19 pandemic, such a project of global harmony will regenerate faith and hope, and celebrate the unique friendship between India and the UAE and their dedication to progress and peace.

Ambassador Kapoor also emphasized how a sizeable population of the UAE and the Gulf would be positively served by the mandir. His Royal Highness appreciated the work done to date and expressed the UAE’s commitment to the mandir project and the values of tolerance and harmony that it represents. His Royal Highness shared that tough times bring us together and truly inspire us to work together in creating a more beautiful and harmonious world.

In conclusion, Brahmavihari Swami expressed deep gratitude for the warm friendship and continued support of the royal leadership, and, on behalf of HH Mahant Swami Maharaj, presented an exquisite golden memento representing the Mandir’s Shikhar to His Royal Highness.

This one-hour meeting, lit by the desert sunset, was the latest in a series of generous gestures from His Royal Highness which speaks volumes about The Crown Prince of Abu Dhabi HRH Sheikh Mohammed Bin Zayed Al Nahyan’s vision and commitment for a more inclusive, peaceful and harmonious future.