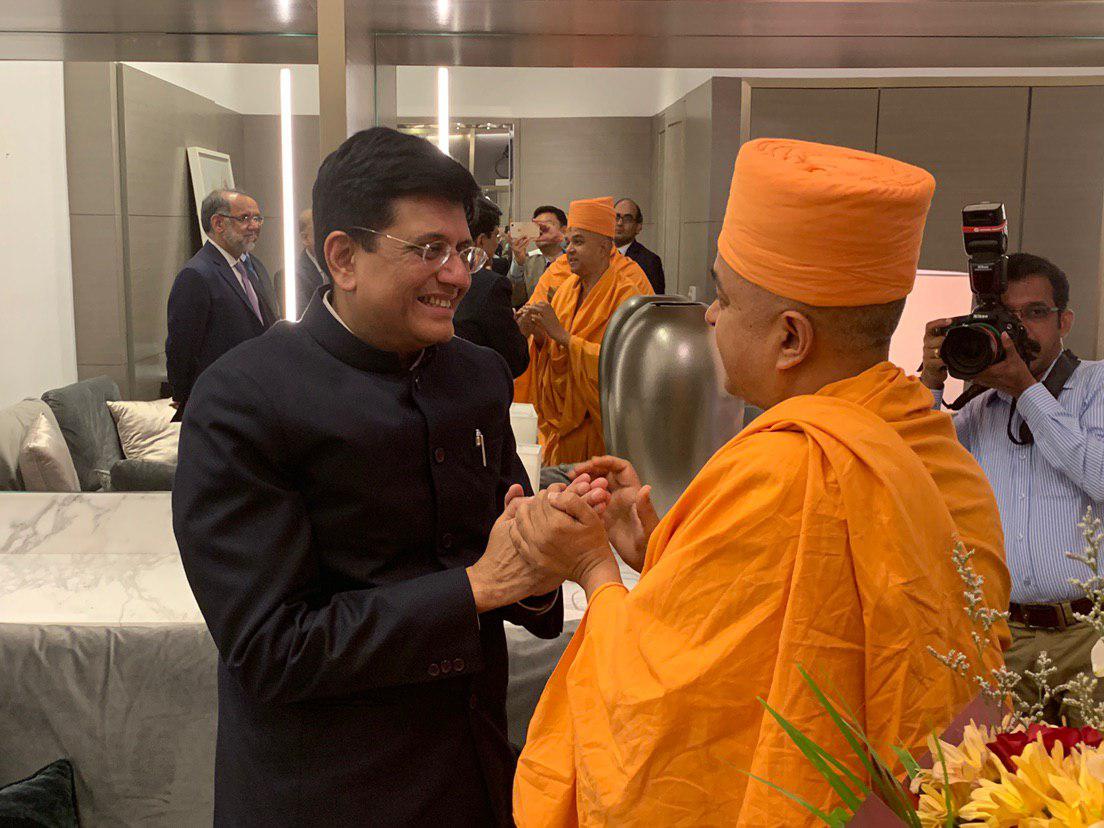 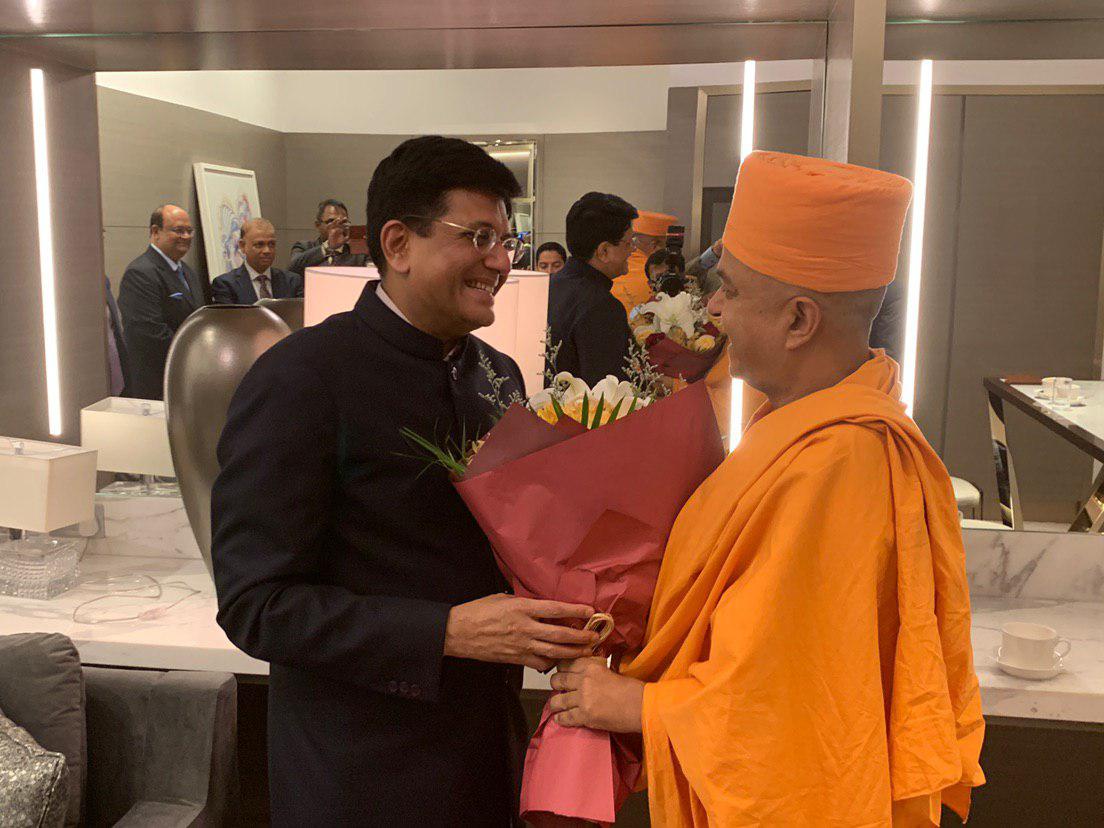 22 September 2019 – History was made in Abu Dhabi today as the government granted and presented official licenses to 18 religious institutions in the Emirate – 17 Churches and the BAPS Hindu Mandir. The churches, some of which have existed since five decades from 1965 and early 70s were approved. It is the first time a Hindu place of worship has been officially recognised in the Emirate of Abu Dhabi. Sadhu Brahmaviharidas and Dr. B. R. Shetty on behalf of the Board of Directors accepted the license TH001 at a graceful formal ceremony titled “A Call for Harmony” at the Emirates Palace. Members of the Executive Council of Abu Dhabi and ministers of Community Development, Health and Energy present included HE Dr Mugheer Khamis Al Khaili, HE Sheikh Abdulla Bin Mohamed Al Hamed, and HE Eng. Awaidha Murshed Al Marar. Mr. Ahmad Julfar, Director General of Community Development in Dubai and Dr. Omar al Muthanna led the delegation of senior leadership from Dubai.These esteemed leaders not only congratulated the BAPS Delegation on its work for tolerance and harmony, but extended their best wishes for the completion of the mandir and cultural complex.

The ceremony was prefaced by an informal meeting of minds and hearts as leaders and members of all the different religious institutions gathered in the foyer of the Emirates Palace ballroom. Informative exhibitions on the timeline and history of religious institutions in Abu Dhabi were presented through creative photography and graphics. Giving life to its sincere intentions for harmony, the Department of Community Development had created and showcased a model Multifaith Prayer Room with religious literature for public places in the Emirate. His Holiness Mahant Swami Maharaj’s visit to the UAE earlier this year in April 2019 for the Shilanyas of the BAPS Hindu Mandir featured prominently in the exhibitions while the Vachanamrut, Swamini Vato and other BAPS publications on Hinduism, the Ramayan and the Mahabharat were placed in the Multifaith Prayer Room.

Mr. Sultan al Daheri, Executive Director of the Abu Dhabi Department of Community Development (DCD), expressed the purpose of the historic decision to license religious buildings, “The aim of licensing the places of worship is to provide an official unified channel for religious bodies to go to for special sercices and to assist their day-to-day running.”

Officials from all the different places of worships echoed the practical and symbolic significance of today’s event. On behalf of BAPS, Sadhu Brahmaviharidas shared, “This special effort taken by the UAE government to officially license and register religious places is a remarkable step and reflects the sincerity and integrity of the nation and the leadership. It is a great signal to the world that the way forward for humanity is global inclusiveness where we not just respect each other’s beliefs but we also accept their existence. I truly believe that this is the beginning of a great era of harmony.”

Later in the day, Hon. Piyush Goyal, Indian Union Minister for Railways and Commerce, met with the BAPS delegation. He congratulated BAPS for raising awareness of India’s rich culture across the globe and expressed his gratitude to the Abu Dhabi government for their efforts towards creating a more accepting and tolerant world.